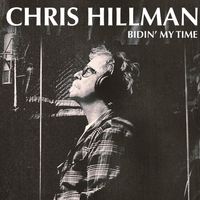 All proceeds to benefit www.directrelief.org, www.help-california.org & http://vcunitedway.org/ An evening with Chris Hillman & Herb Pedersen with John Jorgenson at the lovely Lobero Theatre. A message from Chris Hillman: Chris & The S.B. Music Foundation have had this concert in the works for several weeks. In light of the recent devastation in Ventura, which the Hillman's have called home for many years, Chris will donate proceeds to those affected by the Thomas Fire www.chrishillman.com Chris Hillman, a founding member of the Byrds, Flying Burrito Brothers, Manassas, and the Desert Rose Band has released Bidin’ My Time, his first studio album in more than a decade. The album, which was produced by Tom Petty, has been warmly received by critics who praise the “sharp and ruminative collection of new and old tunes by a musician whose influence far outstrips his fame.” (Stephen Deusner, Stereogum) Randy Lewis of the Los Angeles Times observes, “Bidin’ My Time contains nods to virtually every phase of Hillman’s musical life, with acoustic bluegrass, jangly folk-rock and sweet country-rock that lend a full-circle quality to the project,” while the Associated Press‘ Scott Stroud notes, “Hillman still sounds like a man in his 20s, though he is 72, and the stellar playing behind him gives the album the feel of one last Byrds record.” Bob Mehr’s profile of Hillman appears in the new issue of Mojo. He writes, “Bidin’ My Time reunites Hillman with Byrds mates Crosby and Roger McGuinn, plus various Heartbreakers. Yet, despite the guest list, it’s mostly a spare, stripped-down affair, a perfect distillation of Hillman’s sharp craft and quiet brilliance.” www.chrishillman.com